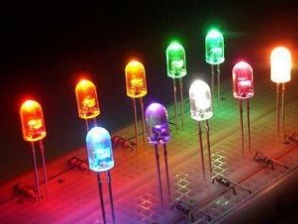 In the early spring of this year, the LED lighting industry that failed to open up the market has increased its orders at the beginning of the year. As a result, the lighting chip products were once out of stock, and the machines of midstream packaging companies operated almost overnight.

However, in Shenzhen, the recent quietly abolished its first LED industry plan to pour cold water on the market that has just been heated up. The interpretation of this policy shift in the industry is mixed. There are industry insiders frankly, the LED industry in the short term whether the continued fiery or not remains to be seen, simply relying on price advantage to open up the boundaries of the inevitable high-end manufacturing road.

â€œI missed the 6th floor. Do you still miss the 5th floor?â€ advertisement slogans in Shenzhen Huaqiangbei LED Trading Center lobby attracted many businesses. Although the construction of the subway led to the closure of the Huaqiang North Road where the shopping district was located for three years, the LED trading center in this place still attracts many merchants to settle in.

Shortly after the spring of this year, Shenzhen Huaqiangbei LED Trading Center started investment promotion. The market will be expanded from the original floor of the 6th floor to the 5th floor, and the total business area will reach 13,000 square meters, which can meet the needs of 420 LED manufacturers to open stores. Many new businesses are coming in and are busy decorating the store and placing products.

"We hope to gain more orders with the popularity and popularity of Huaqiang Market." Some new settlers said.

"This year's orders are almost endless." Wang Lei, general manager of Guangdong Zhonger Optoelectronics Technology Co., Ltd., told reporters that since the beginning of the year, the international market began to improve, and the current order situation is more optimistic.

Small factories are still so, the orders of big factories are coming one after another. Zhou Xuejun, Asia Marketing Director of Philips Lumileds, said in an interview with reporters that overseas markets are booming, and the second factory in Penang, Malaysia, has started production last year, but orders on hand are still busy.

The external needs of the warm wind wrinkled the river. Some LED manufacturers in Guangdong have begun to recruit workers. In the Pak Hing Shun Industrial Park, Nanshan District, Shenzhen, listed companies such as Ruifeng Optoelectronics, Lehman Optoelectronics, and Moosuo Power Supply Co., Ltd. are located here. Many companiesâ€™ offices are covered with recruitment advertisements. The machines in the LED plant are busy day and night.

In early May, the reporter participated in the investor research meeting of Ruifeng Optoelectronics. For the industry's recovery, the company executive secretary Zhuang Jili's view is that the backlight LED packaging market has been started since the end of last year, thanks to the increase in the penetration rate of LED-backlit TV market. Earlier this year, due to the increased acceptance of LED lighting in foreign countries, the growth in external demand led to the hot market in the first quarter.

â€œKenjia, Skyworth, Changhong and other domestic large-scale TV manufacturers have begun to adopt more energy-efficient LED backlights. The LED backlight market penetration rate has increased to about 60% last year, and this year is expected to reach 90%, and the market capacity will reach 8 billion yuan.â€ Ruifeng photoelectric director Zhuang Jili believes that the LED backlight market will become increasingly saturated in the next few years, and with Samsung, LG and other Korean companies to launch OLED (organic light-emitting diodes, a new type of technology), LED backlighting liquid crystal display technology will have May be eliminated, the market potential in the next few years in the field of lighting applications.

To this end, Ruifeng Optoelectronics continues to increase its lighting packaging capacity. It is understood that at the end of February this year, Ruifeng Optoelectronics signed an LED light source project in Lingang, Shanghai, focusing on investment in LED lighting packages. The total investment of the project is about 500 million to 600 million yuan, and it is expected to be completed and put into operation by the end of this year.

Uneven heating and cooling in the industry chain

Although the LED industry has seen an upsurge this spring, the industry chain has been unevenly hot and cold: the situation of lighting chips is very good, and the display chips are miserable; the orders of mid-stream manufacturers (LED packaging) are constant, but the competition is still fierce.

A deputy general manager of a Zhejiang company engaged in the manufacture of LED substrates told reporters that although the downstream lighting market has opened up an outlet, overseas markets and domestic commercial lighting markets have had a way out, but in terms of the industry as a whole, upstream manufacturers engaged in display chips have been trapped. Overcapacity is still unbearable. Middle-end packaging, devices, and even downstream end-use application manufacturers are teeming with mixed results. Products are becoming more and more mixed, which not only exacerbates industry competition, but also hurts the reputation of domestic brands.

In fact, the uneven hot and cold in the industry chain can also be seen from the performance of listed companies.

In the first quarter of 2013, the total revenue of 25 LED companies listed on the A-share market was 9.9 billion yuan, a year-on-year increase of 12%; total net profit reached 700 million yuan, a year-on-year decline of 3%. In the first quarter of this year, the overall performance of the LED industry still did not increase, but the downward trend of the overall performance was significantly weakened. Among them, the mid-stream packaging and downstream application companies' net profit performance is better than the upstream chip companies, which is mainly due to factors such as serious overcapacity of upstream chip capacity and low operating rate of enterprises.

According to a report released by a research institute, there were 74 epitaxial chip companies in mainland China in 2012, and the output value of LED chips including Taiwan-funded and foreign-funded production bases in the mainland was about 7.2 billion yuan.

In the past few years, LED was used as a sample of the national energy conservation and environmental protection industry and attracted a lot of capital. Especially in the period of 2009 to 2010, there has been a swarm of bees investing in the LED industry. The production capacity of the previous investment overheating was released in concentration from the second half of 2011 to the first half of 2012, causing the price of LED chips to continue to fall.

Taking Silan Micro, an LED chip leader, as an example, in 2012, the average selling price of its subsidiary, Hangzhou Shilan Mingxin Technology Co., Ltd., fell by 48.04% compared with the predicted selling price of previously raised funds.

â€œIn the first quarter of this year, the market gradually recovered, and downstream demand continued to expand, but the overall price of chips remained low and market competition was still very cruel.â€ Dong Zhijiang, general manager of Wuhan Diyuan Optoelectronics, frankly stated that the industry is facing a severe situation and is facing certain local governments. Blindly subsidizing the results of investment promotion and blind expansion of enterprises.

"This is the fate of China's manufacturing industry. It looks like a beautiful industry. Everyone wants to enter. Local governments are particularly happy," Dong Zhijiang said.

As long as there are slight signs of turmoil at both ends of the "linked debt", packaging companies will face a huge risk of capital cut-off. Prior to this, many LED manufacturers such as Shenzhen Duo Lili and Vision Optoelectronics collapsed, which was largely caused by â€œconsecutive debtsâ€.

In the past few years, the LED terminal application market was equally uneven: the outdoor media market was in the doldrums, and the LED display market was almost saturated; LED-backlit LCD products did not open until last year, but after one year of explosive development, The market penetration rate of the product is nearly 70%, but it is also facing the impact of the new display technology OLED; the lighting market relies on government projects such as street lamps update, subway lighting.

Large and small enterprises are rushing to the beach

Today, the LED lighting market is showing signs of improvement in commercial applications. Almost all companies in the industry chain are getting in and out.

At present, Huacan Optoelectronics and Silan Microelectronics, which were originally based on display chips, have begun to transform the R&D and production of lighting chips.

Huacan Optoelectronics began to increase its efforts in lighting white chip market development last year. Huacan Optoelectronics' new project in Suzhou Zhangjiagang, with a total investment of 1.8 billion yuan, is expected to be completed by the end of this year, and 50% of its production capacity will be released on the lighting white chip business. .

An interesting detail is that the reporter recently observed at a forum on LED lighting in Xiaolan Township, Zhongshan City that over 300 large and small lighting companies have come to attend the conference. Some private enterprises that originally used hardware devices also came to the meeting. , I hope to transform the LED lighting fixtures, in order to obtain a share, which shows the industry hot conditions.

In Xiaolan Town, Zhongshan, the reporter saw that the LED China Kyushu City Phase I has now completed investment promotion and settled in hundreds of LED lighting companies. The relevant person in charge of the project introduced that the total investment of the project is 1.3 billion yuan, and the total construction area is 400,000 square meters. After opening, it will probably be the largest LED lighting application trading center in China.

Some people in the industry are concerned that although white LED chips for lighting use have higher gross profit, the industries will re-emerge with each other as the original and new manufacturers' production capacity is released.

What worries the industry is that Samsung, GE, Cooper and other multinational corporations have set foot in the LED industry, stirring up the domestic LED industry structure.

In April this year, Tang Guoqing, general manager of the original Cree China market quietly followed the general manager of Samsung China. Tang Guoqing said that Samsung has not entered the high-power LED lighting market for a long time. If you want to make a difference in an extremely competitive market, the best way is to innovate.

"Samsung's strategy is to do a losing trade! If you lose a penny, you will lose three cents. In short, you will be cheaper than you. See if you can tell. You will eventually be dragged by him. Will be occupied by him. Anyway, the profits of other businesses of their group can make up, they can afford to lose." Anonymous LED packaging factory director of marketing so evaluate Samsung.

The above-mentioned marketing director told reporters that because Samsung Group gave up its LCD display technology and focused on OLED panels, Samsung's original backlight packaging capacity was transferred to the lighting field. As the newcomer to the market, Samsung attempted to take advantage of price war.

Some other multinational lighting giants are also sharpening the knife and wanting to expand in China. The chief executive of Philips Greater China, Kong Xianghui, revealed earlier that the Philips LED lighting factory built in Chengdu will be put into operation in September this year. OSRAM also recently launched nearly 20 new LED products in China.