Exploring the development trend of LED lighting plant factory technology
The maturity of LED lighting technology at the chip end and package side, and the consequent decline in market prices, make LED lighting applications more diverse. Plant factories that use LED lighting advantages have also become active markets in recent years. Looking back at the concept of a plant factory, humans have already proposed it in the 1950s, and entered the commercialization stage in the 1970s, using the traditional light source of the time. The goal of human beings to build plant factories is to produce high-quality crops throughout the year, while reducing the use of chemicals such as pesticides and making effective use of water resources.
With the maturity of LED lighting applications, LED lighting has become an indispensable part of the plant factory. Compared with traditional halogen lamps and fluorescent tubes, LED light sources are not only environmentally friendly, but also have the advantages of power saving. For the user, the controllability of the LED light source brings more advantages to agricultural planting. LED network observation, the light quality and light quantity of the LED light source can be controlled, and different wavelengths of LED light source can be matched for different varieties and planting types, and the light quantity part can also be supplemented with the length of sunshine. In addition, the effect of enhancing specific wavelengths cannot be underestimated. Compared with traditional light sources, LEDs are more capable of utilizing different plants to require different specific wavelengths to supplement energy. However, compared with sunlight, LED energy is still slightly inferior, but because there is no sunlight at night, the supplement and enhancement of LED light source is one of the reasons that can shorten the production period of plants.
LED light source vs whole factory output
At present, the manufacturing energy of the LED industry on the market brings a certain degree of guarantee for the quality and price of the LED light source of the plant factory. Each industry has cut into the plant factory market in two modes, one of which is to enter the LED light source separately. The plant factory supply system, the business model for selling LED light sources is relatively simple. The LED network pointed out that if the industry clearly indicates the use of various light sources, the type of planting and the situation, it will help users to adopt.
On the other hand, more and more operators in the market are moving towards the whole plant output mode, and different LED light sources and environmental control systems are deployed according to user needs, and the whole plant output is carried out in a customized manner, and the customer is responded to by a complete solution. Demand, not only sell LED light source, but also simultaneously improve the technical content and added value of the overall product.
Simple greenhouse vs full ring control
According to LED Network, plant factories are roughly divided into simple greenhouses and overall environmental control (full environmental control). Compared with the natural environment, the initial construction cost of plant factories is still the biggest consideration when adopting the industry. If the agricultural environment in the southeastern generation of Taiwan's mainland is used as an example, industry experts pointed out that because the climate and soil environment are not bad, it is suitable to implement the plant factory in a simple greenhouse mode. The supplement of LED light source can effectively increase the production capacity. In the way of promoting plant factories, in fact, they will face a situation in which the cost is too high and the competitiveness is weakened.
The whole-circle-controlled plant factory comprehensively regulates the overall production environment of sunshine, temperature, humidity, nutrients, water, carbon dioxide, etc., and adjusts production in a minute-by-hour manner. The cost of the full-circle control plant is relatively high and is suitable for planting high value-added crops and high-priced ornamental plants.
White LED vs Red Blue LED
On the other hand, there are two main types of LED light sources in plant factories. One is to use a white light source mixed with fluorescent powder, and the other is to use different color LEDs such as red LED, blue LED and ultraviolet LED to mix light or enhance the LED illumination required by the plant. In this regard, there are still different views in the industry. Because photosynthesis of flower crops is mainly caused by visible light and ultraviolet light, that is, plants only need red and blue light when photosynthesis is used, especially the red wavelength is distributed. 650-655nm, and blue light wavelength of 450-470nm, can achieve the best results, this plant lighting application is suitable for the use of mixed light LED light source, instead of using fluorescent powder to mix out the simulated white light LED light source. Therefore, some factories have introduced plant factory products with red and blue LEDs.
However, the industry is currently more supporters of plant factories with white LED light sources, with fluorescent powder mixed white light closer to the solar day sunshine mode, market experts pointed out that the advantage of white light is that it is more convenient to observe plant cultivation, plus The white light can be used to convert the light source with different situations, and it is also a great advantage for the manufacturer to use white light when building a plant factory.

LC1-F AC Contactor(Our own model is BC1-F series AC Contactor) ,it is used in rated voltage 380V AC 50Hz/60Hz,allocated special with coil,which can be used in ciruit of 40-400Hz,the control coil voltage(AC coil operation) can up to 660V,rated current up to 800A electric circuits. 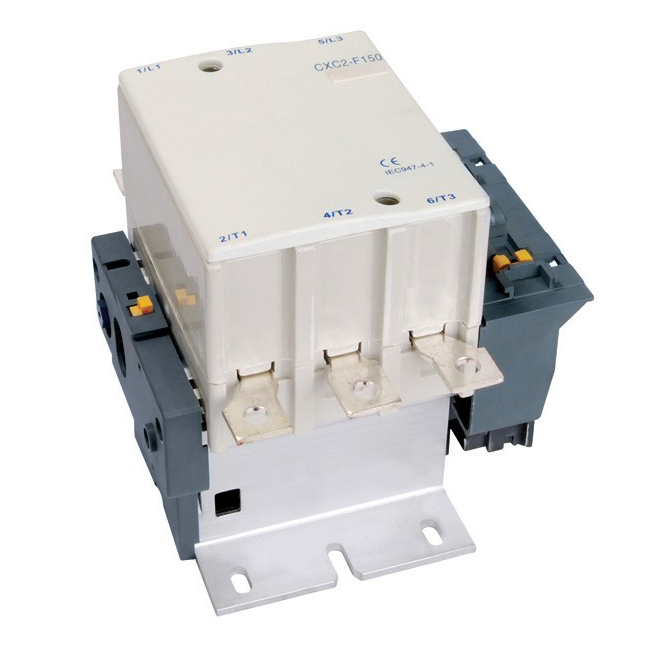