Foxconn has increased its investment in labor-structure automation

Foxconn has increased its investment in labor-structure automation 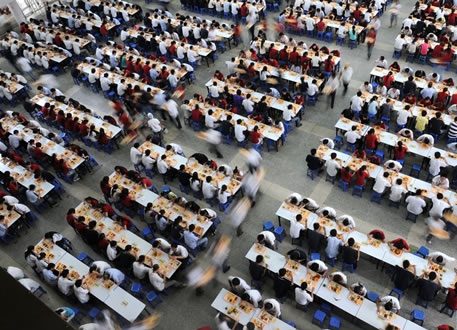 While gradually reducing the number of ordinary workers at the grassroots level, 5,000 local college students are recruited. Foxconn has changed its employment structure and at the same time has increased its intention to invest in Taiwan. It has increased automation investment.

â€œThe recruitment of talents is mainly in automation and software, and there are some considerations for e-commerce business.â€ Liu Guanxi, director of Taiwanâ€™s public relations office of Hon Hai Technology Group, said in an interview with â€œFirst Financial Dailyâ€ reporter yesterday The sequel may add up to such a large number of people. In recent years, the relevant government departments have also increased their support for enterprises, including the Southern Software Park we previously invested in. This recruitment also has a relationship with previous investments. This is Foxconnâ€™s largest recruitment in Taiwan in recent years.

He also said that this recruitment is also a part of Foxconn's transformation, and will continue to increase investment in automation in the future. For the mainland's stop-move plan, she said that it has a certain relationship with automation of the production line.

â€œ5,000 college students are the overall plan this year. At present, the job fair has opened two games.â€ Liu Guanxi told reporters that the target of this recruitment was mainly the graduates from Taiwanâ€™s universities and colleges. They did not have any experience or came from the mainland. People, mainly because of the consideration of working in the country.

According to internal staff of Shenzhen Foxcon Factory, every year, Hon Hai will transfer some directly recruited managers from Taiwan to the mainland factory to â€œturn jobsâ€ or â€œpracticeâ€, and some will be sent directly to the production line, and some will be held in management positions. .

Whether the recruited personnel will be sent to the mainland in the future, Liu Guanxi said that it is still based on local digestion. Foxconn said that the recruitment is mainly due to the needs of headquarters technology research and development, as well as the expansion of Kaohsiung Software Park and Dingpu Plant. It is urgently necessary to supplement related hardware and software design, automated manufacturing, robot R&D and manufacturing, etc. Talent. At the same time, under the background of restructuring retail trade, special e-commerce and business talents have been added.

Previously, Guo Shouzhen, the son of Gou Ming-ming, had already attended the foundational ceremony for the "Taipei Information Park" jointly organized by the Taipei City Government and Hon Hai Group in his capacity as the Chairman of the Third Generation Digital Entertainment Group. The main task was to promote the big TV program and realize Foxconn's "soft-hard integration." A month ago, in the External Investment Talks and 2013 investment plan, Terry Gou focused on the Taiwan region and said that he will invest heavily in New Taipei City, Taichung City, and Kaohsiung City.

"Foxconn's software projects have actually been done for many years, but there is no foundry business." Liu Guanxi told reporters that in some computer and tablet software equipment, Foxconn's software already exists, and the future will increase this Input.

â€œBefore we stopped recruiting, on the one hand, because we discovered that after the Lunar New Year, many workers had already reworked on time, not as big as before. On the other hand, it was indeed related to the automation of the production line. We hope to increase this. Progress," said Liu Guanxi.

Gou Ming had previously said that in five to 10 years to see the first fully automated factory, and within a few years to eliminate simple and repetitive processes through automation. In the plan, in 2016, the output value of Foxconn in Shanxi Jincheng, which is positioned as an intelligent robot production base, could exceed 50 billion yuan.

However, in the actual implementation of the robot project is not so smooth. Some experts believe that Foxconn wants to use robots instead of simple production, which may be unacceptable for the local government that invests. After all, the introduction of Foxconn takes into account the considerations of export trade and taxation, and it also includes the consideration of labor.

In addition, Liu Guanzhen introduced that in fact, recruitment in Shandong and other places has been restored, and not the whole country is freezing. The reporter also began to see some Foxconn Campus resume recruitment information on some recruitment websites. In the "Henan Foxconn Online Recruitment Center" website, information on Langfang Foxconn recruitment is hung on the home page, and the monthly salary is between 2400 and 4,000 yuan. On January 22, the website issued an "emergency notice" indicating that no major recruitment will be conducted until June 2013.

A recruiter engaged in intermediary services told reporters that at present, Foxconn's Zhengzhou plant only recruits workers sent to other factories. On the 13th, there were 3,000 recruits, but it may only be for a half day. At present, this news has not been verified by Foxconn.

Our well-equipped facilities and excellent quality control throughout all stages of production enable us to guarantee total customer satisfaction. Besides, we have received CE, CB, RoHS and CCC certifications.

As a result of our high quality products and outstanding customer service, we have gained a global sales network reaching America, Asia, Europe, Africa, the Middle East and other countries and regions.

If you are interested in any of our products or would like to discuss a custom order, please feel free to contact us. We are looking forward to forming successful business relationships with new clients around the world in the near future.

Next Article
Global streetlights will enter elimination phase
Prev Article
The relationship between the company and some customers was questioned.
Home
Recent Posts
Archives
tags