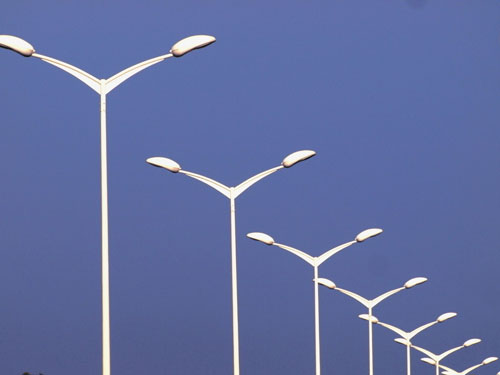 Other emerging market countries, such as Thailand, Russia, Latin America and Africa, will also usher in large-scale flashes of street lights in 2014. Until 2015, the penetration rate of LED street lamps gradually eased, and the growth rate began to decline. The annual global LED streetlight reloading and newly-increased LED streetlights will maintain a scale of approximately 10 million baht.

European international manufacturers are not too much to give, Philip launched CityTouch, allowing users to monitor the entire city's lighting system through the management interface. CityTouch can also monitor and manage the status of each lighting fixture's maintenance status through real-time status reporting. Until now, CityTouch has been widely used by large European lighting operators.

In 2012, the global LED outdoor lighting market bucked the trend, of which China's newly installed street lamps accounted for 30% of the world's total. Subsidies from the government are still the main growth drivers, especially in the weak export situation, more companies are optimistic about China's public lighting energy-saving renovation projects.

Because the competition is very fierce, LED prices have been further depressed in 2012, and shipments have been concentrated in companies with large-scale advantages. However, there is still a shortage of new manufacturers entering this market. In 2013, with the financial subsidy quotation entering the installation period, Guangdong's new installed capacity is expected to exceed 300,000 units this year, becoming the fastest growing regional market for LED outdoor lighting.

The Taiwan Energy Board has released a plan for energy-saving projects for LED street lamps of 2 billion TWD. It is expected that it will replace 250,000 LED street lamps between 2013 and 2014. The tender for the review of LED street lights took advantage of the bid, which is beneficial to bidding for wafers, LED components, power supplies, and radiators from Taiwan manufacturers.

In spite of the fierce competition in the price of the marked market and the low bid prices of the manufacturers, with the cost of maintenance and warranty, the winning bidder may not be able to make too much profit, but it can bring revenue contribution. Therefore, the bid winners such as Guanglin, Yiguang, Delta Electronics, and Hershey will become the major beneficiaries.