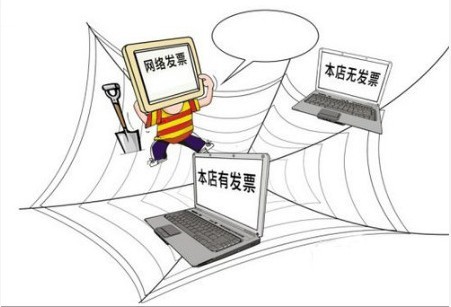 On March 7, the State Administration of Taxation promulgated the Measures for the Administration of Online Invoices (hereinafter referred to as the â€œMeasuresâ€), which will be implemented starting from April 1 this year. The network invoice refers to the ordinary invoice issued by the taxpayer through the Internet and using the online invoice issuing system provided (or approved) by the tax authority.

The "Procedure" stipulates that, in accordance with the requirements for invoice management, the taxation authority may, in accordance with the provisions of the State Administration of Taxation, entrust other units to open online invoices through the online invoice management system. Provincial and above tax authorities may try to implement electronic invoices under the condition that the electronic information of the network invoices is correctly generated, reliably stored, inquired and verified, and the only conditions for security.

According to the â€œMeasuresâ€ explanation, the entity and individual who issued the invoice must truthfully issue an online invoice, and must not use online invoices to transfer, transfer, vacate invoices and other illegal activities.

As early as last year, eight ministries and commissions such as the Ministry of Finance had issued the "Notice on Promoting the Healthy and Rapid Development of E-Commerce", and decided to launch pilot projects for network (electronic) invoices in 22 provinces and cities including Beijing, Tianjin and Shanghai. With the issuance of the "Measures" of the State Administration of Taxation, the speed of the promotion of online invoices and electronic invoices throughout the country began to accelerate.

Analysts claim that there is no technical problem. For consumers, price advantage is one of the most attractive factors for online shopping compared with traditional businesses. This has also caused the impact of e-commerce on offline business entities.

At the National "Two Conferences" held in March 2013, Wang Cui, the deputy to the National People's Congress and the chairman of the Bubugao Commercial Chain Co., Ltd., brought his own "E-Commerce Tax Collection Law (Draft)" (a total of 36 articles) to the meeting. The â€œ36 Articleâ€ of the non-governmental electricity business law was submitted to the National Peopleâ€™s Congress in the form of a bill. This move once again caused a heated discussion in the community about whether e-commerce should be taxed.

Wang Chong said that the annual transaction amount of 5 trillion yuan for e-commerce accounted for one quarter of the retail sales of the entire society, and not paying taxes would be unfair to traditional retail enterprises. The country will also lose 100 billion yuan in taxes for this purpose.

Zhang Jindong, chairman of Suning Yunshang Group Co., Ltd., also stated that there are regulatory issues such as counterfeiting and tax non-taxation in the e-commerce industry, which restrict the sustainable and healthy development of the industry. It is suggested that the taxation department should study the e-commerce taxation method from the system level. Avoid tax evasion.

In response, Song Lan responded that there was no in-depth research on the argument that e-commerce tax leakage exceeded 100 billion yuan. It is impossible for companies to judge this matter. It is blind to this conclusion. "Electronic commerce is a difficult problem for us to study. It is a virtualized transaction. It is relatively difficult to monitor, and current management methods are still relatively backward."

At present, most self-marketing B2C e-commerce platforms, such as Jingdong Mall, Suning Tesco, Dangdang, and Amazon China, already have a complete taxation system. However, many C2C sellers still have not implemented standardized operations and have not paid taxes. In the Alibaba Groupâ€™s share of RMB 1 trillion in e-commerce transactions this year, Tmallâ€™s contribution rate is only 20%, and the vast majority of transactions still come from a large number of individual sellers at Taobao. Taobao said that currently 94% of Taobao sellersâ€™ turnover is below RMB 240,000, and some well-developed merchants have started to pay tax online.

Zhang Bin, a researcher at the Institute of Finance and Trade of the Chinese Academy of Social Sciences, said that at present, Chinaâ€™s taxation on online shopping does not change the existing taxation framework. For online stores, except that the turnover does not reach the threshold and accidental second-hand transactions. The rest should pay business tax, value added tax and income tax.

Liu Heng analysis pointed out that the state tax on e-commerce, or will use the first pilot, gradually expanding the strategy. "First, we must standardize online invoices. This is the most basic; secondly, for some online stores with a certain scale, they may be required to go through business, tax, and online banking registrations to increase the commercial status of these websites; again, the online shop Sales revenue is reviewed to formulate tax collection policies. If it is fast, this series of processes may be completed within 3 years."

In this regard, many consumers feel anxious and worried that the cost of online shopping tax will be passed on to their own body, and some shopkeepers said that the survival pressure will increase.