In late July 2007, I went to France and Italy to conduct night illumination inspections with the delegation of the Municipal Association of Science and Technology and the Beijing Lighting Society. I have been feeling deep for more than ten days. I have different views of the current night scene lighting in China. First, the difference in culture leads to differences in lighting art; the second is the difference in national industrial level, which forms the difference in lighting effects and quality.

The reception of our 10 people is the French City Lighting Management Group, which manages the operation of two million street lamps in Paris and around the world. In the 2006 Sino-French Cultural Year, the Chinese red light of the Eiffel Tower is the company's masterpiece. Walking along the streets of Paris, the old and modern lighting complement each other and complement each other. European-style street lamps of cast iron and cast aluminum, the base has a height of about 2m and a diameter of 0.8m or more. Looking at its casting process and wall thickness, I sigh that the European lamps we produce should be well learned from foreign counterparts, not only the product shape, but also It is important to be able to experience a hundred years of wind and rain. 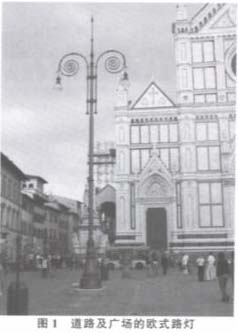 European-style street lamps are perfectly integrated with surrounding buildings and streets, but their functional lighting is obviously not enough with the development of the city, which is similar to Chang'an Street lighting. The French management department's solutions, such as the Champs Elysees, retain the original European-style lighting fixtures, and also arrange modern high-bar lighting fixtures on both sides according to the requirements, which solves the problem and is very coordinated. Some streets in France and Italy have been in existence for hundreds of years, and there are 6 floors of European-style buildings on both sides of the road. The road width is about 6m. It is necessary to walk and walk, and the lighting fixtures are installed on the wall of the building. They are arranged in an artistic manner. They not only solve the road function lighting, but also avoid occupying the road and affecting traffic. 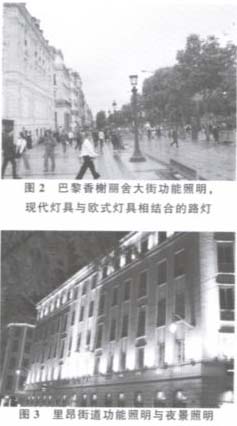 Most of the European cities are very old. Most of the choices of night lighting are warmer, which is related to the architectural characteristics and also to the culture and character of Europeans. No matter how big or small the city is, it rarely seldom pursues the modern changing lights, even if the commercial facilities have a single ring of cold cathode light on the window. This is a good example of the ancient civilization of the city, not noisy, calm atmosphere. Compared with domestic cities, only Beijing can compete with them.

Accompanied by the French counterparts, we drove the Eiffel Tower with drizzle, which is the second time I boarded the tower. As a member of the lighting industry, I pay more attention to tower lighting, taking photos and researching every detail and every fixture. The tower body is illuminated by a floodlight (sodium lamp) of about 600 å¹³ on weekdays, with a power of 400 to 1 000 W, of which 400 W is mostly. The luminaires are placed in tower structures of different heights, and the festival and celebration time are composed of thousands of strobe lights covered with towers. Each strobe light is about 0.5m apart. The projector housing and strobe housing and piping are painted in the same color as the tower to create a good uniformity. All fixtures and pipelines are fixed with special fixing clips, without any welding and punching, tapping, installation in place, and regularity. Regarding the Sino-French Cultural Year, how the Chinese red lights on the towers were realized, and the French counterparts did not tell us about the topic. But I understand that the most economical and simplest way is to add color paper to each of the floodlights. People who have done stage lighting know it. 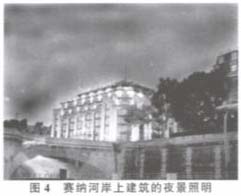 The night came, and the wonderful moments of Paris began. Sitting on a cruise ship, musicians play beautiful music, we look at the lights on both sides. Each bridge of the Seine has been illuminated with different effects, and some of the bridge's reliefs have been highlighted by key floodlighting. Only some of the buildings on both sides of the strait are illuminated at night, and most of the buildings are not, but they do not affect the cruise ships and the full-scale tourists. The French are very romantic and very clever. Some buildings have no lights and it doesn't matter. They use the lights on the boat to show the tourists. So most of the cruise ship's sides are covered with 1000:2000W floodlights. 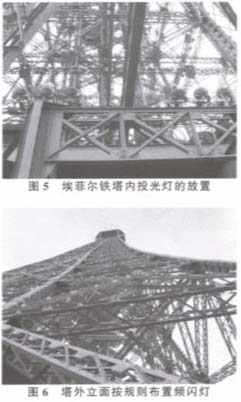 Wherever the boat is, the landscape on the shore is clear. Coupled with some of the buildings that have been night-lit and the lighting of each bridge, they shine. Nearly two hours of the Seine River night tour, the climax came with the thousands of strobe lights on the Eiffel Tower at the same time lighting at 22 o'clock, people on both sides and the boat cheered like a festival. The white strobe light on the tower is reflected by the yellow bottom light, and it is constantly shining up and down; the camera flashes on both sides of the tower and the ship are constantly shining, echoing up and down, and matching each other. I really admire the romance of the French, people, and the light. In just one quarter of an hour, the tower body restored the usual daylighting effect. This is a scene in Paris. Visitors will not leave the Seine without waiting for the lights to appear every night. From this, I thought of Beijing, when can I open a tourist route for Changan Street at night, there is no boat, but we have a car; there is no river, but we have the longest and widest street in the world! 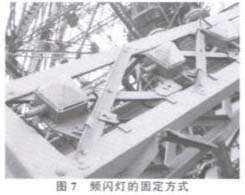 Under the guidance of the government, the lighting of Lyon, France, has formed a festival and a festival of lights. The words of the manager of the Lyon branch of the French city lighting management group are the â€œlight showâ€. From the castle to the town hall, from the church to the ordinary residence, the lighting art is vividly played. Most of the European architecture uses floodlights to illuminate its concave and convex lines. The luminaires are either built-in or with a support frame, and the lighting is a good expression of the beauty of the building. What impressed us more is the built-in lights behind the embossed window holes and the cylinders. The light and darkness show the different lines of the marble sculpture, giving people a kind of enjoyment. The lighting of some commercial buildings has been artistically innovated in keeping with the city's main color lighting. It is common for a luminaire to be arranged in a patchwork manner, and its illuminating beam becomes a work of light. 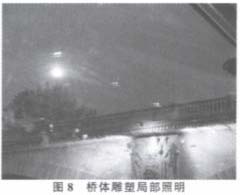 Lyon's lighting art is everywhere, and behind the wall of a tall factory building with no windows, the artists have painted historical figures from different periods. Under the illumination of night lights, balconies, objects, and characters are as lifelike as life. If you don't touch your hand, you can't believe that this is the perfect combination of lighting and painting art.

Night lighting gives people a beautiful experience, but the arrangement of the lamps is appropriate, affecting the daytime effect of the building, and must not be lost. This point is still in place in the French and Italian counterparts. No matter whether it is Versailles, Notre Dame, or the Arc de Triomphe, the Colosseum does not see a floodlight. The floodlight is fixed on the European-style street light pole, and the compact light body. The efficient light beam is opposite to the functional lighting pole.

Since most of the buildings in France and Italy have been in existence for many years, the night lighting is the lighting art of modern times. In the ancient buildings, the night lighting is done, the Mingguan bright line, most of the lamps are placed outside the wall pillars, and the lamp brackets and lighting colors are As close as possible to the color of the building, and ingeniously combined with the form, column and arch window, the lamp is exposed, but neat and tidy, does not affect the appearance of the facade.

In a few days, along the streets and buildings of France and Italy, the buildings and buildings have been rushed through, and they feel that they have carefully arranged the use of lamps. The floodlights are equipped with an anti-glare cover to enhance the lighting effect and solve the problem of astigmatism and glare. The color of the lamp housing is consistent with the faÃ§ade, and its appearance quality is higher than most of the lamps currently produced in China. This point should be well used by the lamp manufacturers.

Different cultures and different architectural styles have created the ever-changing lighting art of different countries. Looking at the nightscape lighting project of Fangxing's Ai's in China, the city should leave a beautiful and beautiful work while it is bright. (Note: The photos in this article were taken by the author)

the types of lamps include pendant lamps, table & floor lamps, chandelier, Wall Lamp ,desk lamp and etc., the materials include steel, metal, fabric, crystal, glass, aryclic and so on.


We offer samples with new designs every month to update our showroom and well display in lighting exihibtions.
We can make samples for his own designs as per shop drawings even potential idea from customers.