2011 Gaogong LED's annual selection of "Top Ten International Brands" was released
From December 9th to 10th, the 2011 High-tech LED Annual Conference was held in Shenzhen Qingqing World as scheduled. The most exciting moment is the "2011 High-tech LED Annual Awards Appreciation Evening", which was staged at 19:00 on the evening of the 9th, and was called the "Oscar" ceremony in the LED industry. After nearly two months of selection, the major awards. It was announced one by one that night. 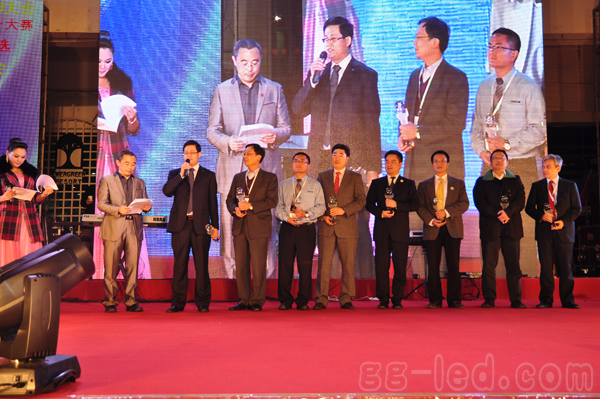 ASM Pacific Technology (ASM Pacific Technology Co., Ltd., hereinafter referred to as AMSPT) was founded in 1975 and is headquartered in Germany. It is the world's largest supplier of integration and packaging equipment for semiconductors and light-emitting diodes. It was listed in Hong Kong in 1989.

The jury believes that ASMPT is the most monopolized brand . Its equipment is currently spread throughout China's packaging plants, with the highest market share. Although gradually replaced by domestic brands, it will occupy an important position in the next few years.

Philips Lumileds is the world's leading manufacturer of high-power LEDs and a pioneer in the application of solid-state lighting solutions to everyday life. The company's patented LUXEONÂ® high-power light source is the first to combine the high brightness of traditional lighting with the small size, long life and other advantages of LEDs.

OSRAM Opto Semiconductors is an LED lighting company of Siemens AG, Germany, with more than 5,000 varieties of light sources and lighting systems. As one of the world's three major lighting companies, OSRAM has an important position in the international light source market, and currently has joint ventures, sales centers or offices in more than 140 countries around the world.

The jury considered OSRAM Opto Semiconductors to be the most cautious brand . The Germans have always been rigorous in their work, and they are meticulous in their products. They are very low-key, but they do not hide the light of their brands.

CREE , a world-renowned LED manufacturer integrating materials, chips, parts and finished products, is a world leader in the development and production of silicon carbide (SiC). The company is headquartered in the United States and currently has two engineering centers in Shanghai and Shenzhen, China. It has R&D teams in Huizhou, Shenzhen and Hong Kong. The Huizhou LED manufacturing base is its first overseas base. Cree currently accounts for 40% of total sales in China.

The jury believes that CREE is a localized brand . "Keui core, China's love" can be described in the Chinese market to the fullest, and Cree's tireless pursuit of light effects makes it difficult for the industry to look back.

Nichia , headquartered in Japan, manufactures and markets precision chemicals centered on phosphors (inorganic phosphors). In 1993, the company published a blue LED that shocked the world, and successively realized the commercialization of UV, yellow nitride LED and white LED, which greatly expanded the application field of LED. At present, the company is vigorously developing purple-blue laser semiconductors, hoping to make nitride semiconductors a part of the important field of the semiconductor industry.

The jury considered Nichia to be the most lethal brand . In 2011, the global market share of white LEDs ranked first, with excellent quality and good reputation. The patent cannons relying on the hands allowed Japan and Asia to frequently launch patent wars.

Seoul Semiconductor , one of the world's leading LED manufacturers, was founded in 1987 and is headquartered in South Korea. Its main products include Acriche, high-brightness high-power LEDs, side-light LEDs, top-light LEDs, SMD LEDs, and plug-in LEDs. Piranha (super light) LED and so on. In 2002, Seoul Semiconductor established a new plant in Tianjin, China, mainly to match the mainland China and Southeast Asia markets.

The jury believes that Seoul Semiconductor is the most inflexible brand . Quickly and continuously launch new products, and quickly gain market share in a different way.

The jury believes that Epistar is the most tenacious brand . Under the circumstance of international big factories, Jingdian has been working hard for quite a long time, and has gradually emerged to develop a bright pattern and become a LED chip that cannot be ignored.

EVERLIGHT , established in 1983, is headquartered in Taipei, Taiwan, and its manufacturing plants are located in Taiwan (Yuanli) and mainland China (Suzhou, Guangzhou). In addition to its complete product range and huge production capacity, Everlight invested in The wafer optoelectronics produced by the upstream LED chip has achieved stable supply of upstream chips, and the ability to vertically integrate upstream and downstream has enabled Yiguang to dominate the market.

The jury believes that EVERLIGHT is the brand with the largest capacity . The world's first packaging manufacturer, Everlight Electronics, broke the low-cost OEM model, grabbed the backlight market with its own brand EVERLIGHT, and attacked the LED lighting layout.

The jury believes that Intematix is â€‹â€‹the fastest growing brand . Intermec LED phosphors are rapidly emerging with high brightness, high technology and high quality. They are among the international international phosphor manufacturers and rank first in the largest market share in China.

OPTILED (Olympic) , founded in the United States in 2000, is headquartered in Hong Kong, China. The company has developed into a leading international provider of functional LED lighting application products and solutions experts to help companies maximize the return on investment in LED lighting.

The jury believes that OPTILED is the most innovative brand . Technology and quality go hand in hand, proud of 100% focus on LED lighting products, its professional and creative lighting products all over the world.

welcome to visit my factory .

any candles inquire pls be free to contact with Me /ANGEL