â€œFrom a geopolitical point of view, 2016 was one of the most turbulent years in recent years. The Brexit vote, the election of President Donald Trump and the rise of anti-establishment sentiment have not only had a profound effect on politics but also on the market. Peopleâ€™s fears about the future are increasing, and gold has benefited from it, with a 8% increase at the end of last year and an upward trend in the first few weeks of 2017. But what about the outlook for the rest of the year? 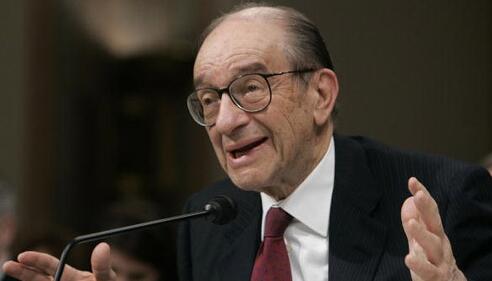 Recently, Gold Gold Investor, a publication of the World Gold Council, interviewed Dr. Alan Greenspan, former chairman of the US Federal Reserve Committee. Dr. Greenspan expressed deep concern about the economic prospects of developed countries and the gold in the monetary system. The view of the important role played and his belief that gold is the ultimate guarantee.

Note: The following questions are from the Gold Gold Investor, a publication of the World Gold Council, and answered by Dr. Alan Greenspan.

Q: In recent months, concerns about economic stagflation have increased. Do you think these concerns are reasonable?

A: We have experienced stagnant productivity growth for a long period of time, especially in developed countries. The main reason is the aging of the baby boomers. Social welfare (in the United States refers to the government subsidy program) is equalizing the total value of domestic savings, the main source of social investment. The decline in the ratio of total domestic savings to gross domestic product (GDP) has inhibited the growth in non-residential capital investment. It is this partly reduced investment that inhibits the growth of global output per hour. Over the past five years, the hourly output of the U.S. and other developed countries has grown by about 1â„2% annually, while the previous growth rate was close to 2%. This is a significant difference, and it is also reflected in the GDP and peopleâ€™s living standards.

With the slowdown in productivity growth, the entire economic system is also slowing down. This triggered a desperate mood. From the Brexit to Trump elections, economic populism also rose. Populism is not a philosophy or concept, like socialism or capitalism. It is a painful cry. The people are calling for "quickly think of ways to save us!"

At the same time, the risk of inflation began to rise. In the United States, the unemployment rate is less than 5%, which generally put upward pressure on salary and unit costs. The recent significant increase in the money supply has exacerbated inflationary pressures. It can be seen that demand is picking up. So far, the increase in wages has mainly been absorbed by employers, but if costs rise, prices will eventually have to rise. If inflation plus economic stagnation, it will be caught in stagflation.

Q: As inflation pressures increase, do you expect the market's interest in gold to rekindle?

A: The significant rise in inflation will eventually drive up gold prices. Investment in gold is now ready for a rainy day. Not for short-term gains, but for long-term protection.

I think gold is also the world's major currency. It and Silver are the only two currencies that do not require counterparty commitment. However, the value of gold per ounce has been much higher than that of silver. No one will refuse to use gold as a means of paying off debt. Credit notes and legal currency depend on the credibility of the counterparty. And gold, as well as silver, are the only two currencies that have intrinsic value. always like this. No one questioned its value, and it has always been a valuable commodity. In 600 BC, the first coin was minted in Asia Minor.

Q: In the past year, we have witnessed a dramatic increase in the number of events in the Brexit and Trump campaigns and anti-establishment. How do you think central banks and monetary policies will adjust to adapt to this new environment?

A: Our only similar precedent occurred in the 1970s, that is, when we last experienced stagflation, people actually worried about inflation losing control. Paul Volcker was recruited as chairman of the Federal Reserve. He raised the federal funds rate to 20% to prevent stagflation from worsening. It was a very unstable period and the most effective monetary policy the Fed has ever seen. I hope we do not need to repeat the mistakes to stabilize the financial system. But this is still an open question.

The European Central Bank faces more difficult problems than the Fed. Since the ECB President Mario Draghi stated that he would do everything in his power to protect the euro, the assets of the ECB's balance sheet began to grow steadily and now reach an unprecedented scale. I am also extremely worried about the future development of the euro itself. Northern Europe has actually been financing South Africaâ€™s fiscal deficit; this cannot be sustained indefinitely, and the eurozone has many difficulties.

At the same time, it is not clear how the Brexit problem will be resolved in the United Kingdom. Japan and China also face many difficulties. Therefore, it is difficult for us to find a solid and stable large economy. It is also extremely difficult to predict how the central banks will respond.

Q: Although not the official currency, gold plays an important role in the currency system. What role do you think gold should play in the new geopolitical environment?

A: The end of the 19th century and the beginning of the 20th century are the golden age of the gold standard system. The global economy is booming, productivity growth is strong, and there is almost no inflation.

However, today there is a common view that the gold standard of the 19th century will not work. It's like wearing a shoe that doesn't have the right size, and you're wondering if the shoe is uncomfortable! It's not the gold standard that is failing, it's politics. The First World War led to the demise of the fixed exchange rate parity system. No country wants to suffer the humiliation of the exchange rate of its own currency against the United States dollar in comparison with 1913.

For example, the United Kingdom chose to return to the gold standard in 1925, and the pound was equivalent to the 1913 level (US$4.86 per pound). That was a historic mistake made by the chancellor, Winston Churchill. This move led to severe deflation in Britain in the 1920s, and the Bank of England had to declare a breach of contract in 1931. It is not the gold standard system that operates poorly, but the pre-war exchange rate parity system. Every country wants to return to the exchange rate parity before the war. Given the varying degree of war and economic damage in various countries, this kind of thinking is totally unrealistic on the whole.

Nowadays, returning to the gold standard will be seen as a desperate move. However, if the gold standard can be implemented today, we will not fall into this field. We currently do not put the money we should spend on infrastructure construction as required. The United States is in urgent need of such construction. Ultimately, it can also recover costs in the form of improving the economic environment (infrastructure). However, such benefits are rarely reflected in the cash flow of private systems used to pay off debts. Most infrastructure construction also depends on government debt to fund it. We have already faced the danger that the federal debt-to-GDP ratio is approaching three digits. If we implement the gold standard system, we will definitely not fall into a situation of very high levels of debt today, because the gold standard is a way to guarantee that fiscal policy will never get out of control.

A: My idea is just the opposite. Fiscal policy is a more basic policy. Monetary policy does not provide the same effect. And if fiscal policy is sound, then monetary policy is relatively easier to implement. For the central bankers, the worst case is the unstable financial system, such as the situation we are experiencing.

The core problem is that the degree of growth in government spending (mainly based on welfare benefits) has undermined the stability of the financial system. Since President Franklin D. Roosevelt set the age of 65 as the statutory retirement age in 1935, this age setting has not changed much, although the national life expectancy has grown significantly. Therefore, the first step is to increase the retirement age. This can significantly reduce spending.

I also believe that the regulatory capital requirements of banks and financial intermediaries must be greatly increased at the current level. Looking back at history, every crisis in modern times was a currency crisis. For example, before 2008, the non-financial industry in the U.S. economy was always in good condition. It is the collapse of the financial system that has dragged on the non-financial economy. If you accumulate enough capital in the financial system, the chances of a contagious chain of default will be greatly reduced.

For example, if we increase the capital requirements of commercial banks from the current average ratio of about 11% of assets to 20% or 30%, bankers will argue that in this case, their lending would be unprofitable. . The data back to the Money Management Agency in 1869 proved that this was not the case. These data indicate that the ratio of bank net profit to equity capital has been between 5% and 10% for almost all years in data history, regardless of the level of equity capital of the asset. This means that we can gradually increase capital requirements without reducing the effectiveness of the financial system. Credit crunches will inevitably occur, but these loans must not have been released.

Q: In the context of extremely low interest rates and possibly negative values, many foreign exchange reserves managers have been the big buyers of gold. In your opinion, what role has gold played as a reserve asset?

A: During my term as Federal Reserve Chairman (1987-2006), I testified before the US Congressman Ron Paul and he was a staunch supporter of gold. We have carried out quite interesting discussions. I told him that during my tenure, U.S. monetary policy tried to follow the reason why the gold standard system was originally created. That is, even in the case of a legal currency, a sound monetary policy must be maintained. At this point, I told him that even in my tenure, we will return to the gold standard and the policy will not change much.