In 2006, the first Da Vinci surgical robot system was introduced to the People's Liberation Army 301 Hospital. At that time, the surgical robot was still a very rare product: it was novel, amazing, and untrustworthy.

Ten years later, the number of Da Vinci surgical robots introduced to major hospitals in China reached 59, making it one of the must-have devices in China's top hospitals. The operating room is the goddess that many experts admire.

For the design, production and sales of Da Vinci surgical robot systems, the US intuitive medical device company, they have a market value of 25 billion US dollars. In the past 21 years, the core value of this company has been in the United States. Including technology and talent teams, China, for them, currently represents only 2% of the market.

But Dr. Gary Guthart, president and CEO, told reporters that in their view, China is the country most likely to complete the commercialization of Da Vinci's surgical robots and sees China as the future of the goddess. 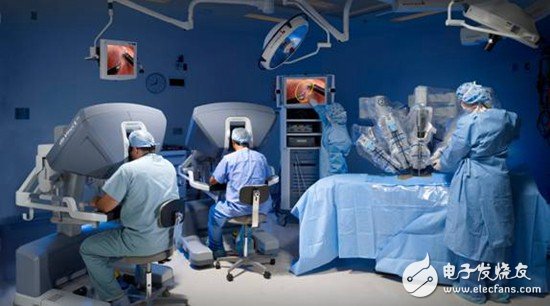 Put into effect at the beginning of the decade

"The Da Vinci robot business is cultivated after ten years. In fact, the first seven or eight years are devoted. What you need to do is a dedication, including educating doctors, training doctors, and letting this idea Continuously spread in China and establish a brand.â€ Chen Qiyu, chairman of Fosun Pharma, told reporters.

Ten years ago, Fosun Pharma opened the way for Da Vinci surgical robots to distribute in China. According to the information disclosed by Chen Qiyu, in the first eight years of the layout, Fosun Pharma has been in the investment stage for this new concept of medical devices: they need to continue to invest in doctor training, so that a large number of excellent surgeons in China can learn to use Receive the Da Vinci surgical robot system and use it for clinical, scientific research, and various research. At present, the most recent location for doctor training is in Hong Kong, China, with a training period of 2 to 3 days.

Last year, there was a video network, the video content was presented in a small glass bottle, a grape was undergoing robotic surgery, the whole operation process was fast and accurate, and finally successfully stitched the "skin" of the grape. Impressive surgery made the Da Vinci robotic surgery system a hit last year, not just doctors, but more patients are beginning to accept this new surgical approach.

In an interview with reporters in February this year, Hua Keqin, the chief physician of the Obstetrics and Gynecology Hospital affiliated to Fudan University, revealed that the Da Vinci surgical robot can complete more than 250 operations in the hospital at that time, 83% of which are cervical cancer surgery. 98% is the highest level of surgery in this well-known obstetrics and gynaecology hospital in the country.

For Fosun Pharma, this kind of effect is more directly reflected in financial performance.

According to the 2016 interim report released by Fosun Pharma in August this year, as of June 30, 2016, Fosun Pharma achieved operating income of RMB 6.937 billion, an increase of 17.15% over the same period of last year, of which the revenue of medical device agency business increased. The highest, reaching 31.41%, and the key to driving this business growth is the Da Vinci surgical robot. 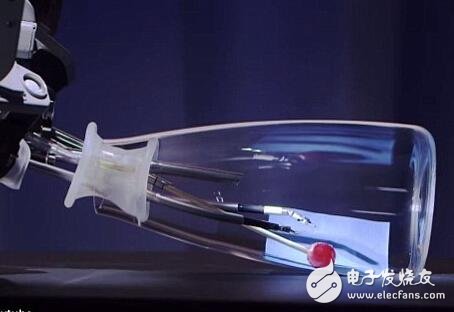 In the past 21 years, close to the Da Vinci surgical robot system, the US Intuitive Medical Devices Company has achieved market recognition of $25 billion in market capitalization. In the surgical robot market, they can be said to be absolute leaders, but for new ones. Products, whether it is a company, a market or an investor, have an urgent expectation.

On December 10, Fosun Pharma and American Intuitive Medical Devices Company officially announced the launch of strategic cooperation in China. This cooperation is not limited to the distribution and agency level, but the two sides jointly invested 100 million US dollars to establish a joint venture in Shanghai, mainly research and development, production. And the sale of innovative products based on robot-assisted catheter technology for the early diagnosis and treatment of lung cancer.

â€œChina is one of the first countries to complete the commercialization of the Da Vinci surgical system. You can see that its market demand is very large. The most important thing for us to choose in China is to stay close to the market and understand the needs of Chinese users. For example, thoracic surgeons and lung doctors are pursuing the needs of users. This is our first priority. Products in the Chinese market should involve Chinese engineers and Chinese doctors so that products can be more suitable for the Chinese market. Only for the Chinese market, we hope to find places to play in Other Parts of the world. So it is not a simple technology transfer and a new cooperation opportunity for me,â€ Gary told reporters.

In Chen Qiyu's view, in addition to technical requirements, cost control is another important factor. â€œAlthough there are no competitors who can shake it in, but in the future, as the cake grows bigger and bigger, everyone is growing. It must focus on the future. How can we have a long-term cost advantage? They need to choose strategically. China." Chen Qiyu revealed.

According to the reporter's understanding, at present, the price of the Da Vinci surgical robot system is about 20 million yuan in China, which is not cheap. As can be seen from the sales data, since the Da Vinci surgical robot system began mass sales in China in 2014 (from 2 in 2012 to 10 units), 13 units were sold in 2015 and sold since 2016. 15 sets, basically showing a slow growth trend.

The sales volume has not actually broken through, but with the increase in the number of robots, the number of operations has exploded. This has brought about huge profits in the sales of consumables: in the case of robotic arms, these "arms" can only be used at most. Ten times, plus the loss of the film and the machine itself, the cost of consumables for each operation is almost 20,000 yuan, which can be said to be not cheap.

â€œOur innovation model is China+USA, and the US is the source of technology: the place where innovative talents and team sources come from. China is a very good place for low cost and rapid innovation. But the innovation technology is highly integrated and many American companies are the source. China can be quickly and cost-effectively scaled up. We have a large number of technicians and a large number of R&D scientists. We have a large amount of clinical data available. This is one of our advantages. We have the largest share of the global market across China and the United States. It is what we do in innovation." Chen Qiyu said.