As the annual event of global communication companies, MWC of the World Mobile Communications Conference attracts thousands of globally renowned companies engaged in the communications industry in more than 220 countries around the world. Because of its wide attention, many mobile phone manufacturers will show their latest products at this conference to start the world's popularity of the products. The 2016 MWC was held in Barcelona, â€‹â€‹Spain as scheduled, and this year's event once again made it a gathering place for global mobile technology companies. Through the showcases of major mobile phone manufacturers at the MWC event, we can clearly see the pattern and rise and fall of the global smartphone market in 2016 and in the next few years. 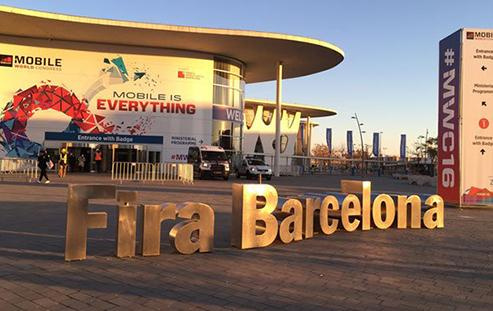 At this MWC event, Samsung brought about the new flagship smartphone Galaxy S7 and launched two models, the Galaxy S7 and the Galaxy S7 Edge. These two phones still continue last year's hyperbolic screen design, but compared to the side operations of the previous Samsung S6 edge and other curved screen phones, Samsung S7 edge side can add up to 9 modules, but also through the side button size Accurate positioning such as the size of the palm and the position of the palm has been improved. The rear camera with more serious protrusions has been optimized, and the camera has also been significantly improved.

From the aspects of design and function, it can be seen that the Samsung Galaxy S7 has been innovated and improved in many aspects of the mobile phone, which makes it the most attractive product of the communication exhibition. It is undeniable that Samsung Mobile has once again taken the limelight on behalf of the Korean team, and it will continue to lead the global high-end smartphone market and innovation trend.

In addition to Samsung, another Korean smartphone maker LG also released the latest product LG G5. Today, South Korea has become a world leader in the field of science and technology, and has also emerged as a world-renowned technology company such as Samsung and LG. On the smart phone side, Samsung Mobile has led the entire Korean market to lead the high-end market of global smartphones. With the growing popularity of the smartphone market in Japan, Europe and the United States, the future Korean market is likely to become the world's only birthplace of high-end smartphones.

Domestic mobile phones have become the most important force in global smartphones.

At this MWC conference, LeTV will launch the latest super mobile phone 2. Although Lenovo does not intend to release new products, it will push the music lemon 3 to the international market. As for the Huawei mobile phone, although Huawei P9 may be released separately, Huawei's Mate8 is likely to launch an international version. ZTE's AXON mini released in several countries is also likely to be unveiled at MWC. Xiaomi's new flagship Xiaomi 5 will be released simultaneously at MWC. Other domestic mobile phones such as Jinli and OPPO will also appear at MWC. The latest products and use this to open the international market.

LED Downlight ,with LEDER technology's smooth design is an enhanced and modernized retrofit light. Using a secure and reliable installation method, this light is compatible with housing that features interior spring bracket holders.

Built with steady dimmable technology, and compatible with most modern dimmers including wireless systems. LED Downlight is an especially good choice for anyone looking for a Lamp which is elegant in an understated way. If you want an LED Downlight that discreetly keeps itself out of the way, yet looks great once you actually pay attention to it, you have definitely come to the right place. This LED Downlight will do its job very well.

â€¢ Body color can be customized as RAL Code

Our Downlight is compatible with dimmer switches, so you can always get just the right light for dinner or game night. Bring effortless light into your kitchen, bathroom, or living room with this.

We have rich production experience in lighting.Except LED Downlight , we also offered other product in Indoor Lighting .Such as :

Next Article
The picture of the robot made by the house girl is too beautiful. I dare not look at it.
Prev Article
None
Home
Recent Posts
Archives
tags