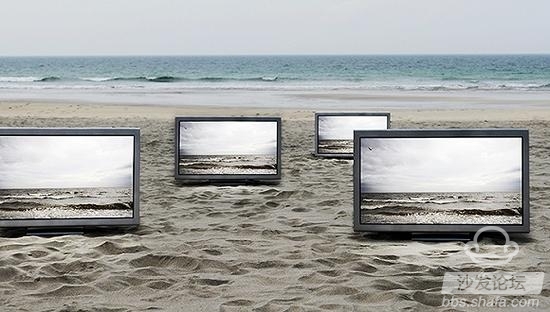 Liu Shuzhi believes that the Internet is only a tool, a means, in essence, can not be separated from the hardware support. No matter how good the content or system is, hardware cannot be used. Especially in the color TV industry, the development of hardware technology is the locomotive of the development of the industry. In the past, this will be the future. "Without hardware as a foundation, there is no accumulation of display technology and integrated circuit technology. All content and intelligence is a castle in the air and eventually it will collapse."


Talking about the development of television, Liu Yuzhi said: "Each TV revolution is a hardware revolution, and the profit model advocated by Internet companies is still unconfirmed."

In the face of Skyworth's "bombing", Xiaomi and LeTV's related persons said on August 31st that they were interviewed by the Economic Information Daily. This shows that the other person's understanding of Xiaomi TV or LeTV is not thorough enough.

According to a person in charge of LeTV's TV market department, Super TV is not just a TV but a complete Internet ecosystem. This system is composed of "platform + content + terminal + application". LeTV super TV hardware itself is only the terminal hardware of the entire ecosystem, and a good smart TV should be really easy to operate, not using hardware and content. Looks cool, cool, but not practical, simple to build.

As for why it is necessary to implement a bundled content charging sales model, LeTV believes that the 490-member membership fee is designed to foster users' habit of paying for premium content and user experience. In order to allow users to better experience music as ecology, 490 yuan membership fee contains high quality content, exclusive CDN transmission (HD video content needs to be supported throughout the country and even the global CDN node), and LeTV on the Super TV The content provided is high-definition and genuine content. When the members purchased together at the time of purchase expire, users can independently choose whether to pay or not pay for the users, but can still enjoy all the contents and services that other smart TVs can provide.

Xiaomi said that such "controversy" is meaningless. Xiaomi TV has never neglected hardware while emphasizing content. On the contrary, Xiaomi TV has always been pursuing perfection in hardware. The previously launched Xiaomi 2S is one that can make people " Screaming" boutique.

According to industry sources, the â€œbombingâ€ incident reflects the current clash between the â€œhardware firstâ€ and â€œcontent is kingâ€ smart TV market. In competition with Xiaomi and LeTV, Skyworth and other traditional color TV manufacturers realized that content and user experience are not their own advantages, and hardware manufacturing is the only way. And behind Skyworth's "shelling", it is essentially its new OLED platform.

From the perspective of products and brands, currently smart TV products are mainly divided into two major categories. One category is smart TV camps based on traditional TV manufacturers; the other is smart TV camps dominated by Internet companies such as Xiaomi and LeTV. Unlike traditional brands, this camp is known for its rich online resources and internet business philosophy. The competition among smart TVs has begun to evolve into a competition between the "hardware-oriented" and "service + content-oriented" operating concepts.

For these two models, apart from manufacturers, market analysts also have differences.

Luo Qingqi, a well-known industry expert and senior director of Pare Consultants, believes that the impact the Internet era has brought to the TV industry is to allow television to transform from a one-way receiving tool to a communication tool. Free communication between users and TV can become a future TV. The main trend of industry development. In other words, the future development of the television industry is that the user obtains communication information based on the basic terminal of the television, and this information may be a television program, it may also be a software service in this ecosystem, or it may be the entire smart home system. In the other device information. In this sense, the core of future TV companies' competition will no longer be the TV itself, but the "circulation" content system at the terminal. Therefore, the key to future industrial competition is not television hardware.

However, both Lai Renbo and Luo Qingqi emphasized that hardware configuration is the basis of smart TV and content is the ultimate of smart TV. A good smart TV product is not only a single product or product alone, it can be recognized by the market. Rich content and functions rely on excellent hardware configuration, and good hardware must have more abundant content to achieve its performance. For smart TVs, highlighting which side is a false proposition, the organic cooperation between the two can achieve a product that users really need.

The Neon Led Strip is the latest and most popular LED breakthrough product, it put Led flexible light strip inside the tube,Put the strips into the led tube to make the light soft. widely used in home decoration, shopping malls showcases, shelves and other auxiliary lighting. it  replaces the traditional glass neon tube With the fiber, let the city shine.